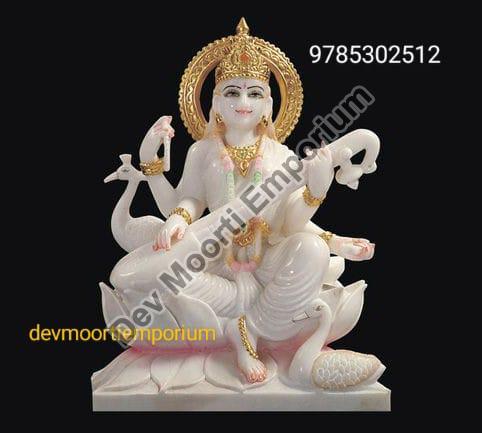 Saraswati, also known as Maa (Mother), is a Hindu goddess who is associated with education, creativity, and music. Saraswati derives its name from the Sanskrit root "saras," which means "fluid." Maa Saraswati has a calming and centering attitude and is recognised for bringing order out of chaos. As the zone represents education, a marble Maa Saraswati deity, installed by a marble Saraswati Statue supplier should be placed in the West Southwest. A swan is a sign of serenity and optimism. Keeping a swan's picture or idol is also considered auspicious. This aids in enhancing children's concentration and, as a result, their academic achievement. To perform Saraswati Puja, begin by placing marble Maa Saraswati's idol in an asana. Underneath the asana, place a yellow, orange, or white-colored fabric. Offer Goddess Saraswati yellow or orange-colored flowers. Then chant Saraswati Mata Aarti while lighting a Diya.